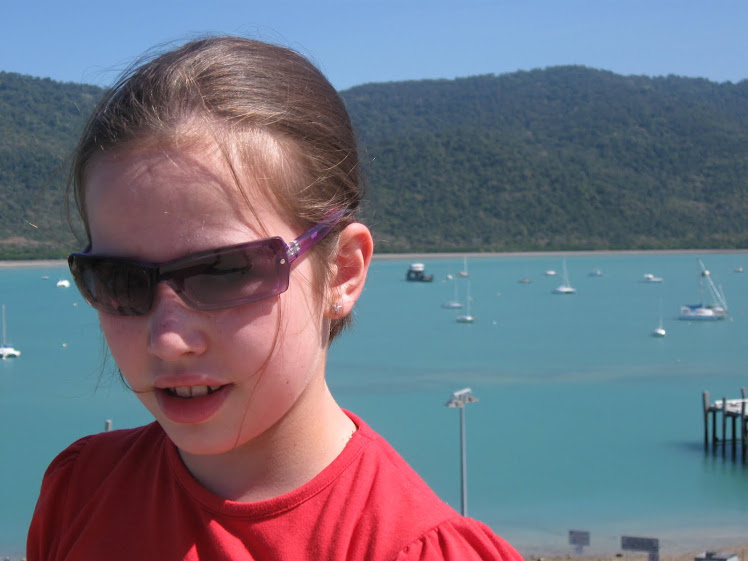 Yesterday Freya picked up her box of watercolour pencils and drew a lovely sketch of a gum tree.  She used various shades of brown and grey to recreate the contours of the branches and bark.  Not a remarkable effort for most girls, but for us it's something we were delighted by.  For one, it is the first time since her surgery she has shown much interest in art - she has not had the concentration or interest to do any drawing, something she previously enjoyed and was very good at. Just as heartening is that the drawing is  further indication that Freya's left hemisphere is reorganising to take over the tasks of her disconnected right hemisphere.  The right hemisphere is responsible for visual and spatial skills and it is generally considered that creativity, visual arts and musical talent are all right hemisphere skills. Unfortunately, there has been no improvement in her singing voice which is just as ordinary as ever - I don't think we can blame the encephalitis or hemispherectomy on this though, given the appalling lack of vocal and muscial talent in her gene pool.

Last Wednesday (Australia Day) was Freya's 12th birthday.  She declared it her best birthday ever.  It was a great day, she was thrilled with her presents and was happy all day. It is wonderful to see the improvement in her mood and a corresponding willingness to try doing things with one hand that she said were "too hard" just a few weeks ago. 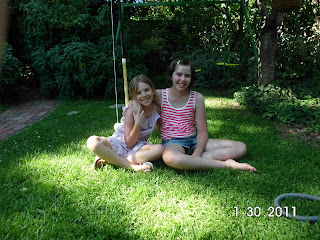 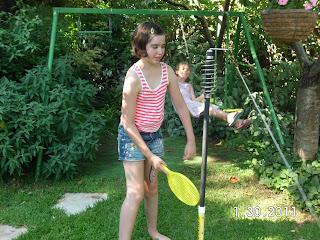 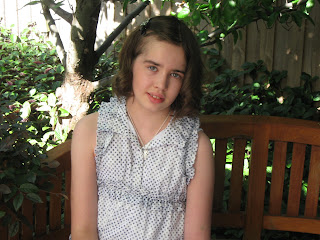 Four months has passed since Freya's surgery and a new, and hopefully better year has now begun.  This time 12 months ago we were in the process of requesting approval from the hospital ethics committee to commence Freya on a new drug being trialled in the US for Rasmussen's Encephalitis (RE).  Approval was granted and Freya was provided with the drug over a course of several weeks in January and February.  Because a response to the new treatment can take up to six months, we then had to endure a long wait while we all hoped that a dramatic improvement in Freya would occur - unfortunately this wasn't to be, with Freya continuing to deteroriate over this period. This is one of the many challenges of RE, not only is the course of the disease extremely variable, so too is the response of children to the exisiting arsenal of treatments available.  What is not so variable, is that ultimately most children with RE will need to have a hemispherectomy once the treatments no longer hold the progression of the disease, if they have at all.
Today, as she happily plays the Wii with her cousins, it is hard to believe how far she has progressed in the last four months.  From being barely able to engage in conversation or concentrate for more than a couple of minutes in the early weeks post-surgery, she is now back to doing most of the things she liked to do before her surgery.  She is back into enjoying music, scouring Itunes for her favourite songs and downloading them onto her Ipod.  She has been to the movies many times, she watches her favourite TV programs, music clips on the Ipad, argues with her sister....all the normal activities of the average 11 year old girl.

Of course, she is not quite a normal girl:  She is still learning to adjust to a life with the use of one arm and hand.  While her left arm has a quite a good range of movement it is difficult for her to translate this movement into any real functional use, but both Anthony and I and the OTs will keep encouraging her.  She is not back on her scooter yet (a great form of transport when you have one weak leg) but this is probably more from lack of confidence than lack of ability - we will keep encouraging her on that front too.  Her planning, problem-solving and decision-making skills are also still quite compromised and it may be some time before they are back to pre-surgery levels.

One disappointment has been that we have not been able to stop all of Freya's anti-epileptic medication.  A recent EEG showed that the temporal lobe of her left hemisphere is having some sub-clinical epileptic activity.  Her neurologist is confident that this is a result of the left side of her brain being irritated by the constant seizure activity on the right side in the weeks and months before her surgery, particularly all the seizures that were originating from her right temporal lobe.  He is also confident that this will settle by itself, but in the meantime she will need to stay on one medication to be safe.  Still, she was on five anti-epileptics and she is now only on one - quite a reduction.

Freya will continue returning to the hospital a few times a week during January.  When school resumes in February, her therapy schedule will be reviewed and possibly reduced to one day a week in which all her therapy sessions will be scheduled.  A lot will depend on Freya's level of fatigue, and how she is coping with a return to school.  This is still over a month away - quite a long time in the scheme of things.
Posted by Carolyn at 2:47 AM 7 comments: 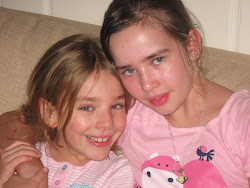